“The recipe is as simple as it is hard to implement in practice: western democracies and other countries faced with high levels of debt and deficits need to cut expenditures, increase revenues and remove the structural hindrances in their economies, however politically painful. Some progress has already been achieved in this respect, but more needs to be done. Only this course of action can lead to sustainable growth as opposed to short-term volatile bursts or long-term economic decline.”

(Wolfgang Schäuble, German Federal Minister of Finance – Why austerity is only cure for the eurozone, Financial Times, September 2011)

Where did this recipe lead to?1 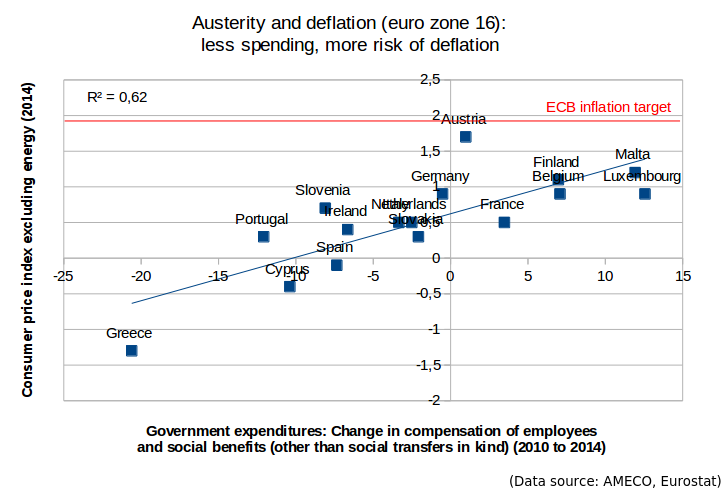 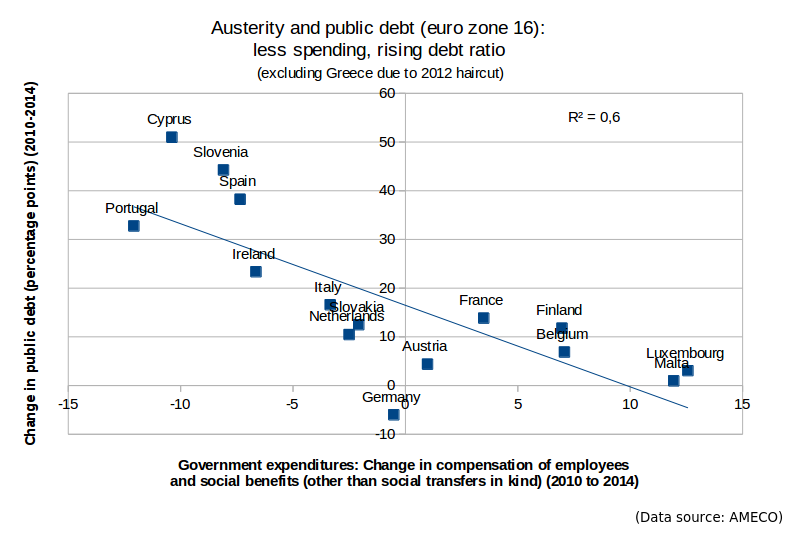 Europe, why not better listen to and promote Greek democracy?

“[…] But it is nonsense to think of it in terms of a Greek economical financial crisis. Imagine now that we were not here in Frankfurt […] but we were in, let’s say South Dakota in 1931 and we were talking about the South Dakota crisis. How sensible would that be? It wouldn’t be. There was a financial crisis of the United States of America or the Western world. This is a crisis of the euro zone. The reason why you are talking to me is because my country is the canary in the mine. It’s very weak, that’s why it dies first, but it’s not responsible for the methane in the mine that has caused it. We are responsible for the malignancies in the state, for the fact that we have not reformed. This is the reason why we are the canary in the mine, it is not the reason why you have deflation now in the whole of Europe, why the European Central Bank is finding it so hard to be effectual with its monetary policy to reach its target of just below 2% of inflation, for proud nations like France and Italy to be able to stand on their own two feet. We are simply the first domino that fell, but we are not responsible for the domino effect.”